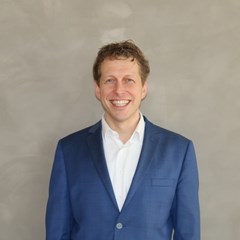 “Oldenburger|Fritom’s sustainable ambitions bring out the best in us.”

Remco Ruimtebouw was founded in 1972 and has become a global company in industrial housing. The contractor is part of the Cluster business housing of the Janssen de Jong Group. They offer the best possible solution for any housing challenge worldwide from their joint locations in Nieuwkuijk and Lódz (Poland). In this, Remco Ruimtebouw realizes turn-key building projects with a personal approach.

“For both Remco Ruimtebouw and Oldenburger|Fritom building a facility meeting the highest sustainability standard - BREAAM Outstanding - was a first. The distribution center is all-electric, without a gas connection and completely energy neutral. To make this happen energy-efficient heating pumps were installed as well as LED lighting and a solar park with 1600 solar panels on the existing site.”

Besides being energy neutral, the distribution center is hydrologically neutral as well. A buffering- and infiltration facility right next to the distribution center ensures the discharge of rainwater to the public sewer system and waterways is delayed. Local flooding during heavy rainfall is thereby minimized. Part of the rainwater is collected in an extra water tank with a capacity of 10,000 liters. It is used to flush toilets, so no drinking water is wasted.”

During the construction phase both partners had one single point of contact (SPOC). Which helped speed up the decision process. Because of this, the whole construction project was realized within one year. In July 2018 the first groundworks were carried out and in May 2019 the 5-star distribution center was realized.

“Oldenburger|Fritom and Remco Ruimtebouw are each other’s equals in customer focus: we both want to give our customers peace of mind from beginning to end.”

Want to know more about warehousing in a BREEAM DC?