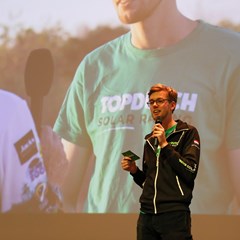 “Oldenburger|Fritom is involved, quickly shifts gear and is always willing to take that extra step.”

The Top Dutch Solar Racing team from the northern part of the Netherlands worked on building a solar car for two years, so it could compete in the Bridgestone World Solar Challenge. August 2019 saw the team leaving for Australia. But how did they get their car to the other side of the world? That’s where Oldenburger|Fritom got involved.

“Oldenburger|Fritom and Top Dutch Solar Racing are a great match. Both organizations don’t shy away from a challenge and are willing to stick their neck out for things they believe in. We had no experience whatsoever with logistic challenges and were able to build on and trust Oldenburger|Fritom’s knowledge and experience”, Team Manager Jeroen Brattinga stated.

Top Dutch Solar Racing is a team of students from the northern part of The Netherlands that rose to the challenge of building a solar car and compete in the world-famous World Solar Challenge. Students of both trade schools and universities helped build the car. They also took on all organizational tasks and managed communication.

During October 2019 the team debuted in the 15th edition of the World Solar Challenge, which resulted in winning a qualification round and new track record. Top Dutch Solar Racing won 4th place in the final ranking. Which made them the best Dutch team in the Challenger class. Afterwards the team received the prestigious ‘Excellence in Engineering Award’. The jury was very much impressed by the high level of quality of their debut.

“Our team owes the participation and the great end result to the successful collaborations with various organizations from business, education and government. Together we showed that in the Northern Netherlands everything is possible when people join forces.”

An example of this was the challenge to get the solar car to Australia. And back again. The team didn’t have the required knowledge to do so and therefore reached out to Oldenburger|Fritom. “They were enthusiastic right from the start. Thanks to their logistical expertise in air- and sea freight, customs clearance and their AEO-full status transportation ran smoothly.”

“We see Oldenburger|Fritom as a very valuable, interested and committed partner. A very nice company to work with. In everything they do, you can tell they are passionate about their business and willing to try new things. No matter what, Oldenburger|Fritom was willing to help, sooner rather than later.”

Let us handle your air and sea freight 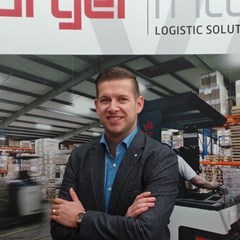